With the support of the  ERASMUS+ programme  of the European Union 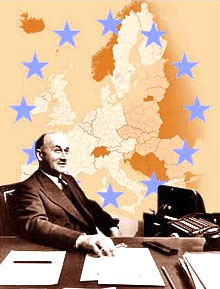 This 18-month “cross-fertilisation” project (Erasmus+ Programme, Call for Proposals 2015 – EAC/A04/2014) consists of the organisation of a cycle of international conferences on EU law issues concerning judicial cooperation in criminal matters between Member States, to be addressed to law students, legal professionals and academics. The conferences will be held at the University of Catania (Catania, Italy) and at the International Institute of Higher Studies in Criminal Sciences – ISISC (Siracusa, Italy). In particular, three international conferences are planned:

This project responds to the need of addressing the continuous evolution of EU judicial cooperation in criminal matters, especially after the adoption of the Treaty of Lisbon: Member States are increasingly appreciating the importance of common supranational measures aimed at crime prevention and repression; the necessity to strengthen procedural rights of individuals has come along with the adoption of such measures. In this fast changing scenario, law students are not always fully aware of the importance of this field of law for their studies and future career, legal professionals struggle with staying up to date and getting familiar with the most recent EU judicial cooperation measures, anacademics are continually confronting themselves with sets of legislative supranational acts that are destined to affect domestic legal orders.

The objective of the project is twofold: contributing to boost awareness on sensitive EU law issues at educational/professional level, and stimulating studies and reflections on such issues at academic level. Indeed, the aim of the project is to create the opportunity, for law students (i.e. future legal professionals) and legal professionals already active in the criminal justice sector, to enhance knowledge about the developments of the so called Area of Freedom, Security and Justice. The idea is also to create the opportunity for experts and academic researchers to discuss and reflect on some of the most relevant issues concerning EU judicial cooperation in criminal matters.

The final output of these activities will be the publication of the proceedings of the three planned conferences in a collective book, so as to allow dissemination of the project outcomes beyond those directly involved and give visibility to the project activities under the “Erasmus+: Jean Monnet Action” outside the institutions hosting the conferences. The publication will be in English in order to guarantee dissemination and visibility to their maximum extent.