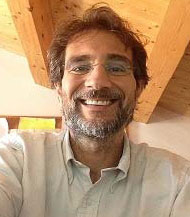 Antonio Lo Faro (Ph. D. in Law - European University Institute) graduated in law at the University of Catania with full marks in 1988. He refined his post-graduate studies at the School of Specialization in Labor Law of the Federico II University of Naples, then obtaining a Ph.D. in Law at the European University Institute of Florence. Researcher at the University of Siena since 1994, he became Full Professor in 2003, holding since then the position of Professor of Labor Law at the Faculty of Law of Catania. Since 2015 he is adjunct professor at the Department of Law of the L.U.I.S.S. in Rome, where he has given courses on European Labor Law and on New Technology and Labor law

Since the beginning of his research activity - refined during periods spent at the London School of Economics and Columbia Law School, he has favoured the analysis of issues related to European integration and its effects on the development of labour law regulation systems. In the last few years he has been visiting professor at the Universities of Lyon 2 (2017) and Paris Nanterre (2019). At the Department of Law he was Coordinator of the PhD course in Theory and Practice of Social Regulation in the EU and Founding member of the 'Massimo D'Antona' European Labor Law Study Center.

He has worked as a national expert on behalf of the European Commission and participated in several EU financed research projects in the field, inter alia, of transnational trade union relations, transnational posting of workers, alternative labour disputes resolution, and free movement of workers.

He is a member of scientific and refereeing committees of various Italian and international journals and book series.


view the publications
N.B. the number of publications can affect the loading time of the information

A large part of the research has been focused on European and transnational collective bargaining, which has been the subject of a monograph, also translated into English, and of a number of essays. The issue of supranational integration has been also addressed in the context of the dialogue between national courts and the Court of Justice, and of the relationship between market integration and protection of social rights. This side of the research activity was particularly dealt with through the perspective of the dialectic between market freedoms and protection of fundamental rights in the debate opened by the Court of Justice case law concerning posting of workers in the context of the provision of services on transnational basis. The issues  of the new European governance and the related new forms of regulation have been addressed also in the perspective of the general theory of the sources of law, which has been the object of essays related to the systemic and procedural theories of law.

Positions held at the University of Catania